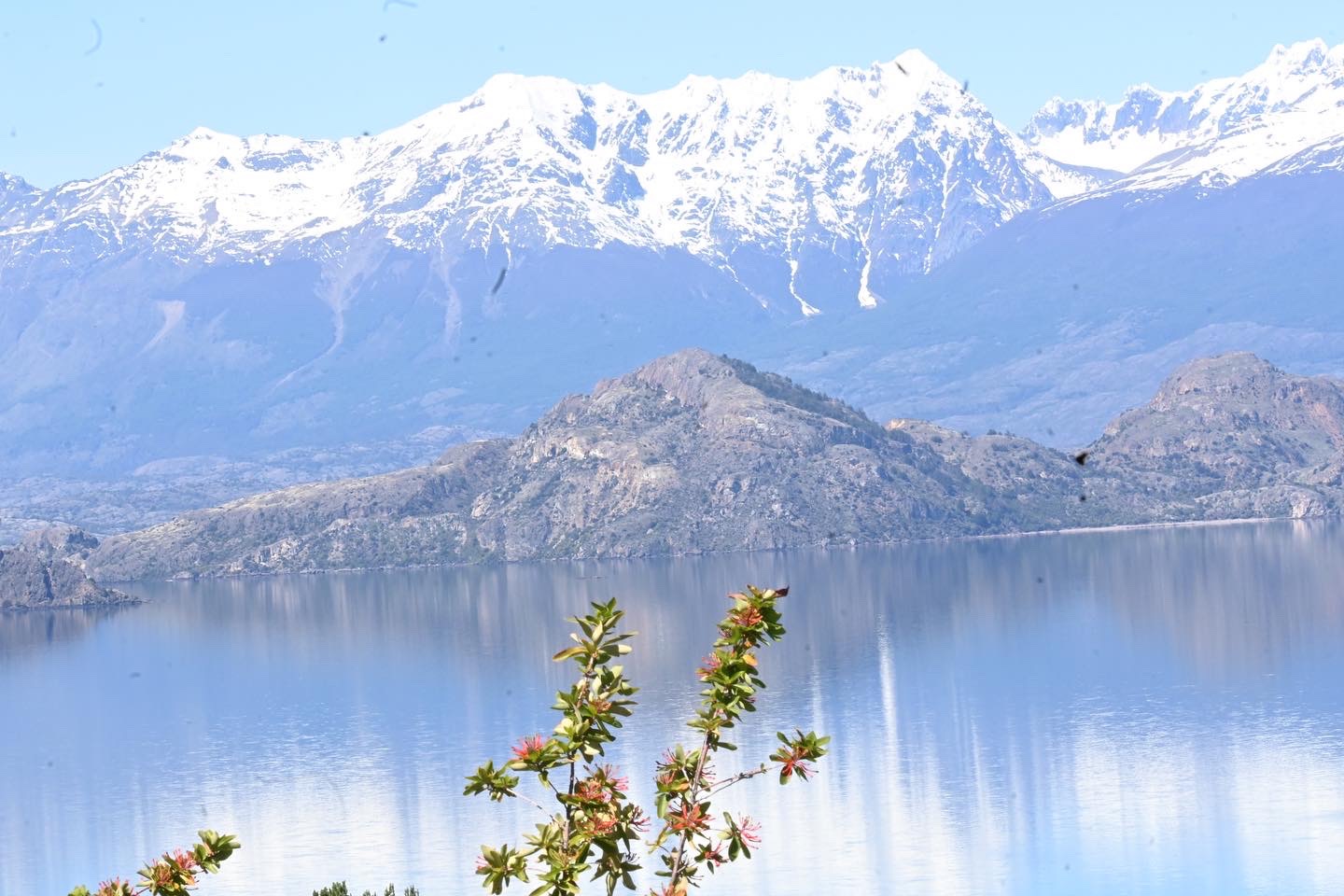 Chile is almost as long as the US is wide, but it snakes along the Pacific Ocean for 2700 miles, hemmed in by its portion of the 5,500-mile Andes range. Most of its 17 million people live in the center, within a couple of hours of Santiago and at its extreme ends are sparsely populated swathes of arid desert and snow.

Chile erupted in social upheaval in 2019 with hundreds of thousands taking to the streets for months.I went to Chile this year after having spent a month there in 2018–just before the estallido social, as the social eruptions are known in Chile. My cousin Margie, who lives there, suggested that perhaps I would not want to come for fear of more violence- that the unrest had shaken the core of Santiago, and violence and destruction had been seeping into the surrounding valleys and towns.

We came anyway—because our goal was to drive the Carretera Austral, for a road trip of hundreds of miles into Patagonia. But the day before we flew to Patagonia, we drove with our traveling companions to a place I had once been charmed by— Valparaiso. In 2018, when I first visited Valpo (as it’s called), I was enchanted. I relished the narrow, winding streets, brightly colored houses perched on hillside ledges, the sweeping views of the Pacific, the ghost of Pablo Neruda, and the building walls bursting with colorful street art.

Margie warned me that Valpo, like Santiago, had suffered – buildings had burned down, the graffiti had turned ugly. She was right. Perhaps it was my memory, but a pall seemed to have drifted over the city. Valpo now seemed almost abandoned, shuttered. Large colorful murals were covered with angry-looking tags. The city was strewn with litter and dog shit. Few galleries and shops in the tourist-friendly old town were open. From a lookout point high up on the hill we could see the burnt-out roofs of buildings below in the center of town.

I looked at this blog post I had written in 2018 on the vibrant street art of Valparaiso- had the streets really been that much more enchanting? Had the litter always been there and I chose to ignore it? Or was I looking at the combined ravages of social unrest and a devastating pandemic? Perhaps a little bit of both. What I do know is this time I left Valparaiso with a sense of sadness, that something had passed by. And I also knew that time would not stop for me, a tourist.

The next day we entered a new world, seemingly far from the estallido social. Our plane from Santiago landed near Coyhaique, the central town of the Carretera Austral, which begins in Puerto Montt, 410 miles to the north. Although “carretera” translates as either “highway” or “paved road”, within a few miles past the airport the pavement ends. Our 280 miles of the Carretera south from Coyhaique (and we return the same route) has been mostly on narrow dirt and gravel roads, at bumpy speeds of 30 or 40 miles per hour. This is northern Patagonia— the Aysen region.

From the moment we got on the road, we began to breathe in the awe that a landscape as vast, untouched and staggeringly beautiful as Patagonia offers. In three days, over the slow and sometimes excruciating miles we traveled through gorges and forested valleys, undulating farmland with sheep, goats, and cows staring at us from the roadside, across rushing rivers, mountain passes and tiny outposts of towns.

Almost without cessation, our horizon was framed to the east by the majestic Andes. All along the way, the snow line seemed practically uniform, creating a kind of mirage where the mountain tops appeared to merge with the clouds.

Isn’t that the pull of the mountains after all? That the gods on high really do seem closer? Or at least, you can imagine an all-knowing force in that visible but inaccessible place. I have not seen many of the great mountain ranges of the world- just the Rockies, Alaska, my home in the Adirondacks —but the Andes range, in its endless height, to me evokes a kind of power and other-worldliness that surpass the other mountains I have seen, beautiful as they are.

Dotted along the Carretera are a few towns with that rough-and-tumble frontier+adventure tourism feel, scarce gas stations, and welcoming people. And while we had kept our food expectations low for this road trip to the tip of the world, the pleasant reality is that we’ve enjoyed delicious fish and seafood at every stop.

I’m three days in to Patagonia and am starting to feel at home but still continually in awe. It is a balance that is a challenge to maintain always. Like all journeys into sparsely habited lands, I can imagine, for a moment, that we have left troubles behind.

Next post: Caleta Tortel- a village on stilts and boardwalks.

12 Replies to “Chile Part 1: From Graffiti to Paradise”